This post contains references to services from our advertisers. We may receive compensation when you click on links to visit the bookmakers and other services featured. For an explanation of our advertising policy, visit this page. 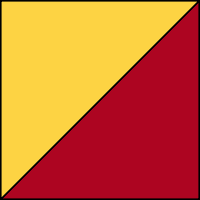 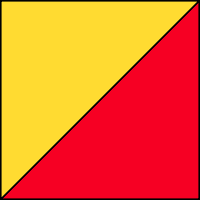 Get The Latest Match Previews In Your Inbox!
How Can I Follow This Match?

The Huddersfield Giants welcome the Catalans Dragons from the South of France to West Yorkshire for an intriguing matchup that is hugely difficult to predict.

Whilst both side shave lots of quality throughout their squad, both have struggled for some time with consistency and that is what makes this one so intriguing.

If both teams turn up and play to the best of their ability, this is one of those games that will keep even neutrals on edge throughout and the win will be in the balance until the final minute but both teams also have the capability to play well below par and that could lead to a comfortable win either way.

Traditionally the Dragons have struggled more often than not on the road but they know that if they want to compete for trophies, this is exactly the sort of game that they need to be winning.

The Huddersfield Giants John Smiths Stadium plays host to this one and whilst it is a good quality modern stadium on some match days it can give a poor atmosphere due to the size and openness of it and of course due to the relatively small fanbase of the Giants.

For matches against the likes of Catalans when there will be only a small band of followers for the away side, it will be up to the players to be fully motivated to entertain.

Search For Match, Team or Competition

Responsible Gambling
Always remember, never bet more than what you can afford to lose and make sure you set deposit limits.

This website uses cookies to improve your experience while you navigate through the website. Out of these, the cookies that are categorized as necessary are stored on your browser as they are essential for the working of basic functionalities of the website. We also use third-party cookies that help us analyze and understand how you use this website. These cookies will be stored in your browser only with your consent. You also have the option to opt-out of these cookies. But opting out of some of these cookies may affect your browsing experience.
Necessary Always Enabled
Necessary cookies are absolutely essential for the website to function properly. This category only includes cookies that ensures basic functionalities and security features of the website. These cookies do not store any personal information.
Functional
Functional cookies help to perform certain functionalities like sharing the content of the website on social media platforms, collect feedbacks, and other third-party features.
Performance
Performance cookies are used to understand and analyze the key performance indexes of the website which helps in delivering a better user experience for the visitors.
Analytics
Analytical cookies are used to understand how visitors interact with the website. These cookies help provide information on metrics the number of visitors, bounce rate, traffic source, etc.
Advertisement
Advertisement cookies are used to provide visitors with relevant ads and marketing campaigns. These cookies track visitors across websites and collect information to provide customized ads.
Others
Other uncategorized cookies are those that are being analyzed and have not been classified into a category as yet.
SAVE & ACCEPT