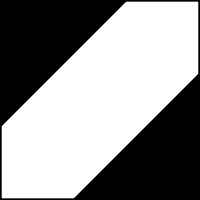 The Huddersfield Giants welcome the Toronto Wolfpack for what could easily be a season defining game for both teams.

The Giants have lots of quality, some good youngsters and decent squad depth but for whatever reason they just haven’t been able to put it all together over the past few season and have found themselves struggling to avoid the drop rather than battling it out over the play-offs.

That is where a club such as the Giants should really be but to get there you have to do it out on the pitch and especially against teams such as the Wolfpack who, whilst maybe having some big names themselves, are still a newly promoted team and are a club with absolutely no squad depth.

That should play into the hands of the Giants but as we have already seen, the Wolfpack have what it take sot take on a team such as the Giants and pull of a win.

The two team met recently in the Challenge Cup and it was the Wolfpack who run out the winners and kept Huddersfield to nil.

The John Smith’s Stadium in Huddersfield plays host to this one and whilst it can be one of the better stadiums when full and especially when packed out for internationals, it can be a difficult place to play for smaller matches.

Unfortunately with the Giants limited support and the lack of away supporters for this one, there will likely be a poor atmosphere so it will be up to the players to get the crowd going.